The way of a musician

Any musician goes through a similar path: idea – rehearsals – recording – promo and PR – concerts – idea. In different countries, there are certain differences in each of the links, and the Ukrainian music industry also has its own characteristics. We tell you what the path of almost any Ukrainian musician is and what problems he/she faces.

From idea to rehearsal

70% of musicians in Ukraine are men. Almost 60% of representatives of the music industry live in Kyiv. Only a third of all respondents indicated music as their main source of income. On average, a Ukrainian musician earns about 50,000 hryvnias a year from music.

The most popular genres among artists are rock, pop and electronic music.

Music begins with an idea. Usually, the first rehearsals take place at the home of one of the band members with the help of improvised instruments. The next level is the rehearsal base. They are in every city. The cost of renting a base strongly depends on the location, size of the room and technical equipment. On average, it is from 50 to 250 UAH per hour. Usually the rehearsal lasts at least two hours.

At rehearsals, the songs are brought to a state suitable for live performances and studio work. 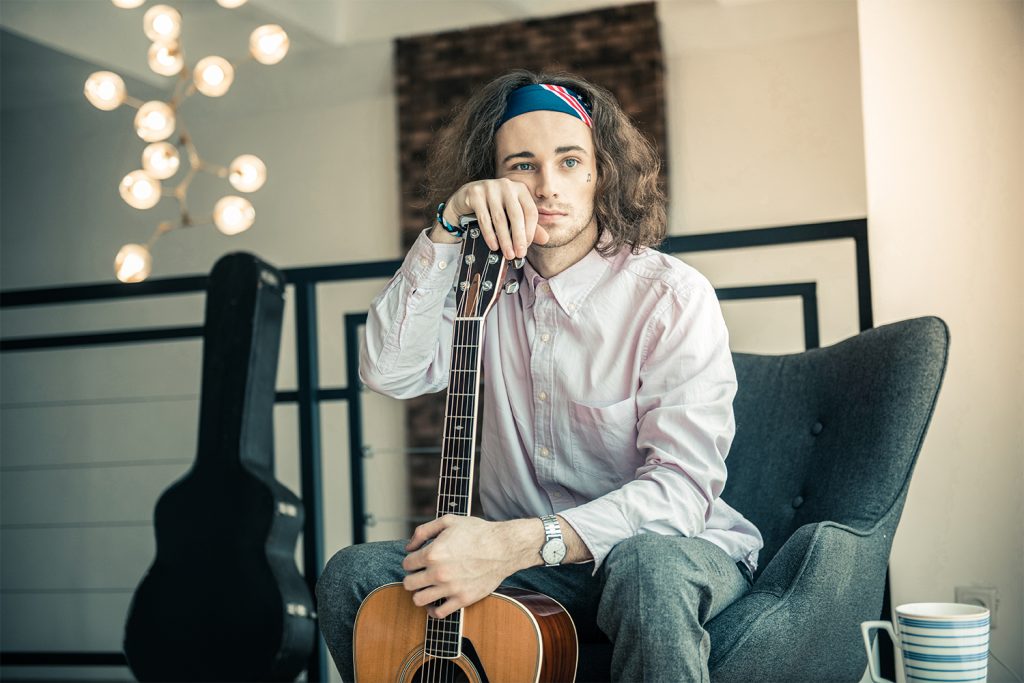 According to the research of the music market, music studios are the only branch of the Ukrainian industry that more than 50% of respondents rate as more than satisfactory. Moreover, more than 60% of people who work in music production have it as their main source of income.

Accumulation is a basic record of all instruments without their further processing. Mixing – processing of musical fragments (usually by tracks), applying effects, etc. Mastering is the processing of the final track.

In order to choose a music studio or a sound producer, it is necessary to determine the purpose of the recording and the reference point. If the band plays metal, find out which Ukrainian metal bands you like, and look for information about how they were recorded. If it’s pop music, see who your favorite pop artists write with, etc.

For the most part, sound producers work with many different artists. A certain genre range is associated with them, but almost all studios can work with a variety of material.

Serhii Lyubynskyi started as a guitarist of the band TOL, and then worked with such bands as The HARDKISS, MegaMass, Vivienne Mort, Stoned Jesus Velikhan, etc. at the Revet Sound studio. Artur Danielyan plays in the band QARPA (formerly Faktychno Sami) and together with Oleg Artym worked on the music of the bands Boombox, SKY, Tartak, Motorrolla, and lately he has been working a lot with Bez Obmezheny, Fiolet, etc. Vitaly Telezin heads Studio 211, which has worked with Okean Elsa, Lama, Tick, Jamala, Tina Karol, The Maneken, etc. Sound producer Vadym Lysytsia worked with Potap, Vremya y Steklo, Alekseev, Mozgi, LOBODA, etc. at Foxx Studio.

Mastering can be done in the same studios or using ready-made software solutions, such as LANDR.

After recording, the band receives material for release — it is either one song (single), or 3-6 songs (mini-album, EP — extended play), or more than 10 songs (album, LP — long play). The number of songs in a mini-album or album may vary depending on their length and genre.

Previously, the release provided primarily for release on physical media – cassettes or CDs. But the demand for them is constantly falling, and this year was the first in history when vinyls were bought more than CDs. That’s why now mostly bands make a virtual release and sometimes add a limited batch of vinyl to it. For example, ONUKA recently released an exclusive batch of NAONI concert records, which sold out in one day.

There are platforms where you can upload your tracks without any help, such as SoundCloud and YouTube. Bandcamp is a very popular service among alternative musicians, which also allows you to sell albums directly to subscribers.

However, most streaming services, such as Spotify, Apple Music, and YouTube Music, are not easily accessible. This will require the services of digital distributors.

In order to download a release for streaming, you can use online services (CDBaby, Distrokid or Tunecore), which charge a fixed fee once a year and a separate fee for additional services. Or use the services of distributors (Believe, Orchard) or labels that cooperate with distributors. Working with them gives more flexibility for the promotion of the release, opening the way to get into playlists and selection of new tracks.

When the music begins to gain a significant number of listens, the band begins to receive income from streaming. The size of the profit depends on several factors, including the country of the listeners. But on average, the income ranges from $0.003 to $0.006 per stream. And in this service, you can try to calculate how much an artist will receive for a certain number of auditions, depending on the streaming service.

There is no own vinyl production plant in Ukraine. Therefore, if a band wants to publish its music on records, it can either try to contact companies abroad, or turn to Ukrainian labels. Most of the Ukrainian records are produced by Aby Sho Music and Moon Records.

Promotion and PR of a band or artist is a very large-scale topic. There are no 100% clear algorithms for making a musician popular. Everyone uses their own methods and methodologies depending on the type.

To generalize, the promotion of a release usually includes publications in the media, advertising on the Internet (and sometimes offline), as well as interaction with opinion leaders.

Several specialized music media operate in Ukraine. The largest and most active of them are SLUH, LiRoom, Neformat, Katacult and Notatky. The editors’ contacts are available on each of the sites.

Also, individual songs can be offered to radio stations. You should choose a radio station based on its format and evaluate how well this song will fit into its sound. To suggest a track, you need to find a mail for new songs on the website of this particular radio station. Program directors check it regularly. A similar scheme works with TV channels.

Another way to get on the radio is to use the services of companies that actively cooperate with many stations at once. In Ukraine, these are TopHit and FDR.

Artists’ pages on social networks, as well as videos on YouTube, are usually the main driver of promotions. It can be simply poured songs with a static image, and a lyric video, and clips.

In addition to the basic methods, alternative, and sometimes completely unexpected, methods can be used. Before becoming famous as a songwriter, Jerry Heil did a lot of covers and gathered a significant audience on her Instagram and YouTube. alyona alyona is actively developing her own TikTok and performed in “Dancing with the Stars”.

Popular artists participate in talent shows as part of the jury, and young people often try to use “Voice of the Country” or “X-Factor” as a springboard for their popularity. This was done in particular by KAZKA, Khrystyna Solovii, “Bez Obmozhen”, “Violet”, and Epolets. But for most musicians, even millions of views of their castings do not convert into fans, unless a complex of actions has been launched in parallel.

“A couple of hundred subscribers came. My friends turn on the video from the performance to their parents, relatives and acquaintances to say: “I know this girl personally” or “Look who is coming to visit us today.” This is all that participation in the competition brought me. Maybe it was necessary to artificially arrange some additional boost on my part… Although the video became one of the most viewed videos from the casting of the 10th season,” says Anna Petrovska, who participated in “X-Factor” and is currently preparing her debut album. 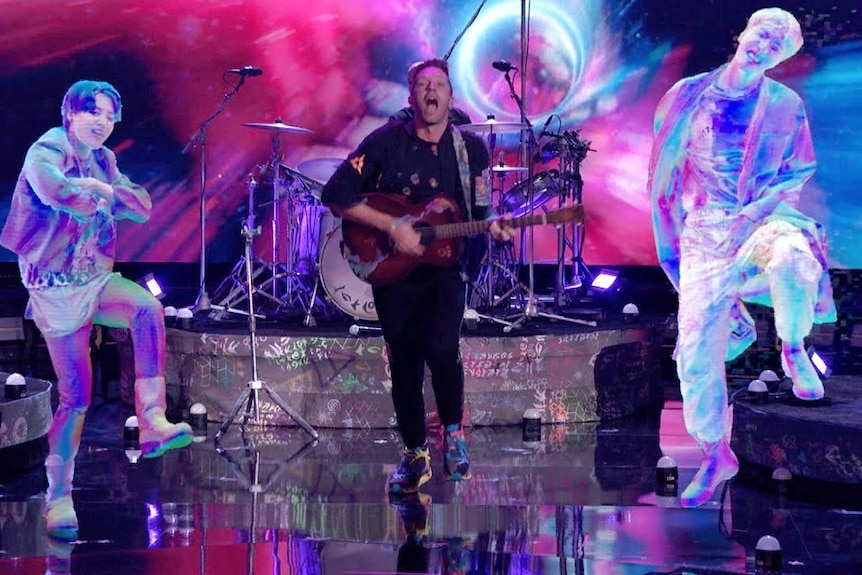 Management is an aspect that may not seem crucial at first glance, but actually plays a crucial role in the promotion and life of a musician. The Institute of Music Managers in Ukraine is just being built. According to the research of the music market, only 20% of managers answered that they receive 75-100% of income from working in this position.

Many bands manage themselves. That is, the role of administrator, public relations officer, concert director, target specialist, etc. is assumed by one of the musicians or their closest circle – friends, relatives, partners.

There are several production centers/labels in Ukraine that help with management. They can either take over the entire work on an artist or help with individual aspects such as concerts and music distribution.

There are also more than 20 different independent labels operating in Ukraine, which concentrate on specific genres. Among the most notable in recent years are Masterskaya by Ivan Dorn and “Mnogo Vody” by Sasha Varenytsia.